*This post contains affiliate links, at no extra cost to you.

Remember how I told you I was working on a recipe for a contest? Well, I am entering these Twinkie Minions & Macaroon Krispie Treats in the Creative Recipe Contest hosted by Confessions of a Cookbook Queen and Cookies & Cups!

I actually met both of these ladies at BlogHer Food this summer. At the closing party, where I goofily smiled with The Pioneer Woman, I just-as-goofily oogled Kristan’s adorable daughter, Lucy, and awkwardly sputtered, “Oh, I know who you are!” after Shelly introduced herself to me. *facepalm*

But, I was so excited when they announced this contest! I’ve needed a culinary challenge to tackle with creativity and this was the perfect opportunity. Instead of coming up with an entirely original recipe, the goal was to adapt a recipe of theirs and I saw this as the perfect opportunity to capture their blog personalities…and I couldn’t pick just one!

Kristan is all about Twinkies. Decorating Twinkies, using Twinkies in recipes (people, she made a Twinkie Tiramisu!), and, well, just plain eating Twinkies. So, I knew there had to be Twinkies involved and I chose to transform her Mummy Twinkie Pops into minions.

So, I combined the two into a cute (because both of these ladies are the queens of cute desserts!) little scene of Twinkie Minions hanging out on a Macaroon Krispie Treat Minion Isle, like they did in Despicable Me 2.

For the Macaroon Krispie Treats, start by toasting some coconut. In a separate pan, melt marshmallows and butter, then stir in the crispy rice cereal. Let it cool for a few minutes, then mix in the toasted coconut and mini chocolate chips. Normal people would press this into a 13×9 pan and stop there. (They are totally delicious plain!)

But, I’ve never been big on normal. So, I shaped them into an island, frosted part of it, and surrounded it with blue Jello water. Complete with sharks and an octopus.

This is Minion Isle pre-water. I wanted you to be able to see which part I frosted. It also helped to pre-“drill” the holes with lollipop sticks while the treats were still soft, so that I could remove them and easily slide in the minion lollipop sticks later. When I was thinking about flavors I wanted to add to the treats, I knew coconut was a must, because it just felt island-y. And toasted coconut smells (and tastes) fantastic. And the chocolate chips add a little crunch and little pockets of chocolate-y sweetness. Perfection. 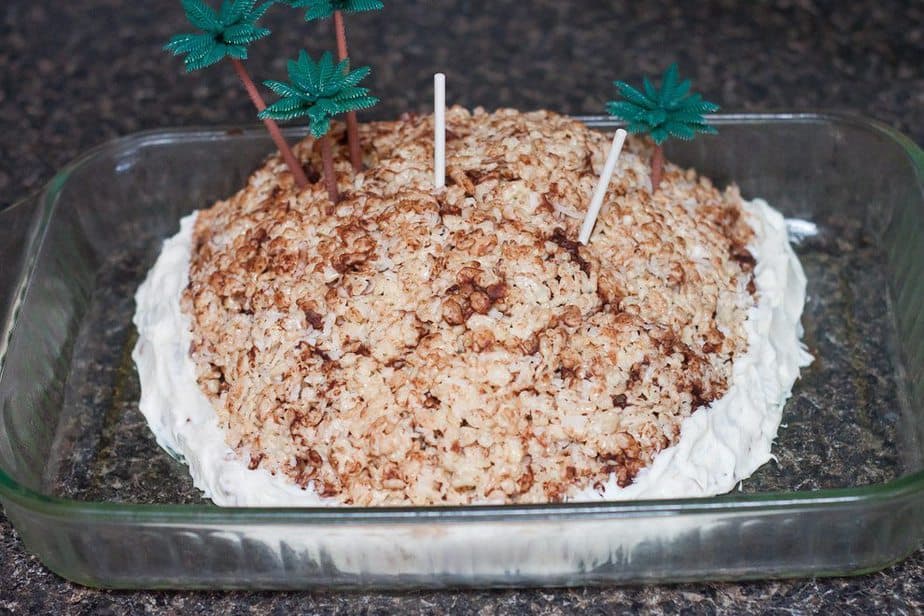 For the Twinkies, freeze them on a Silpat, dip ’em in blue candy melts and stick in a lollipop stick. Freeze ’em again, dip the other half in yellow, and very carefully stick chocolate jimmies into the top for hair and place their candy eyes. Then freeze ’em again and use a decorating bottle to add blue overall straps. Freeze again and use a food safe marker to draw on their smiles. That last part if the trickiest, because if you draw over a line you’ve already drawn, it erases your mark. I had to have a few deep-breathing-and-reciting-the-Fruit-of-the-Spirit moments, but the minions ended with smiles, so it was definitely a success! 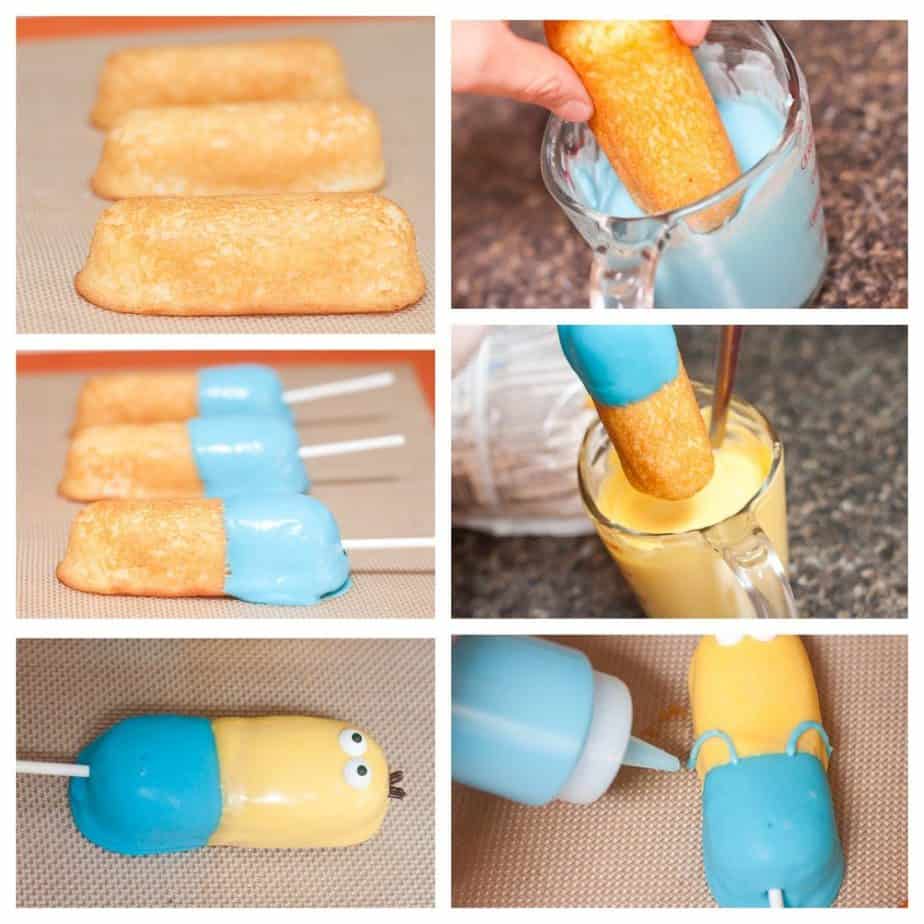 And then…it all came together. I sprinkled the island with some extra toasted coconut, then sprinkled Runt bananas over the island, because even though I despise bananas, those adorable little minions just love those things. 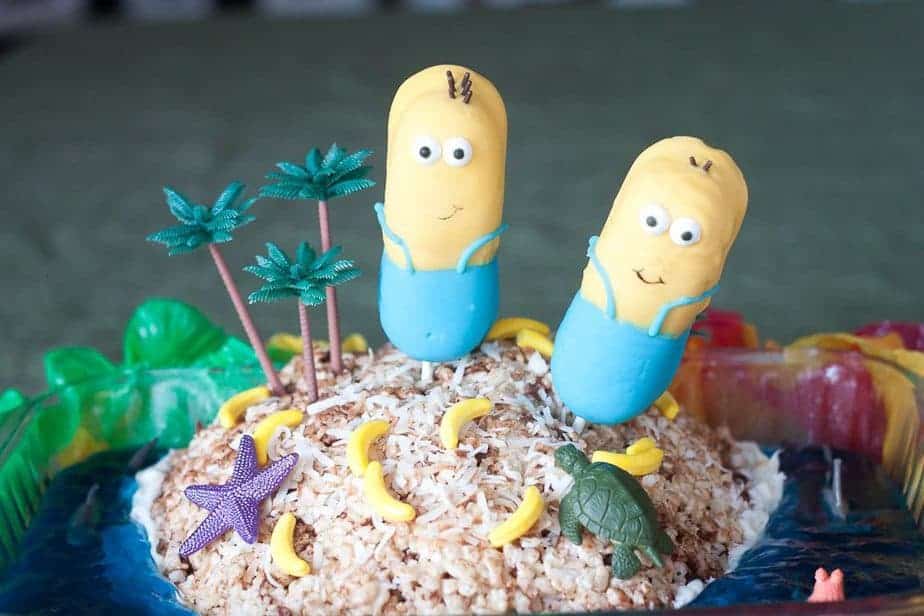 While I was decorating, I was channeling my inner minion and chanting “Papoi?” and “BEE DOE BEE DOE BEE DOE!” I’m quite sure Boots was thrilled with my performance. So, I sang him “I Swear” in (almost) minion-speak. 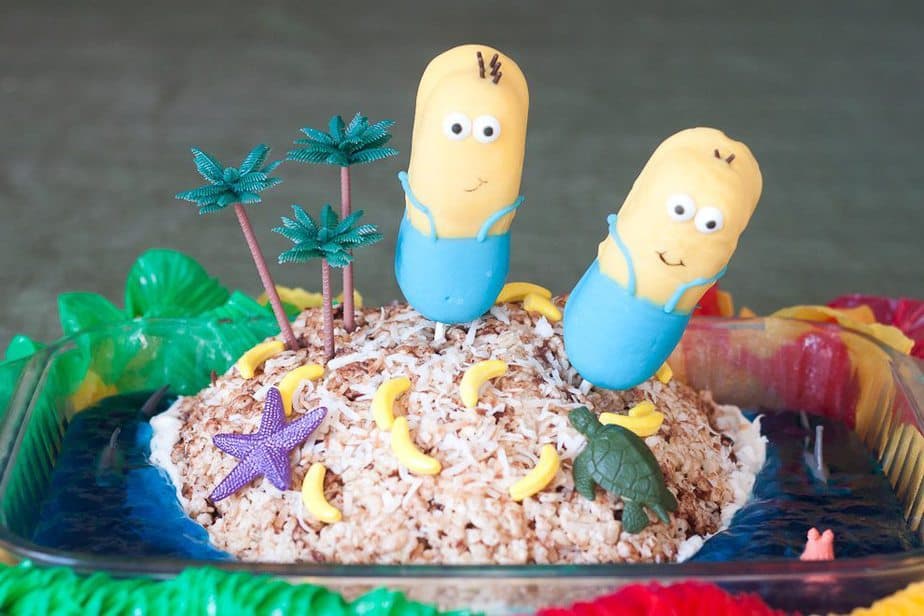 Okay, so he wasn’t all that thrilled. 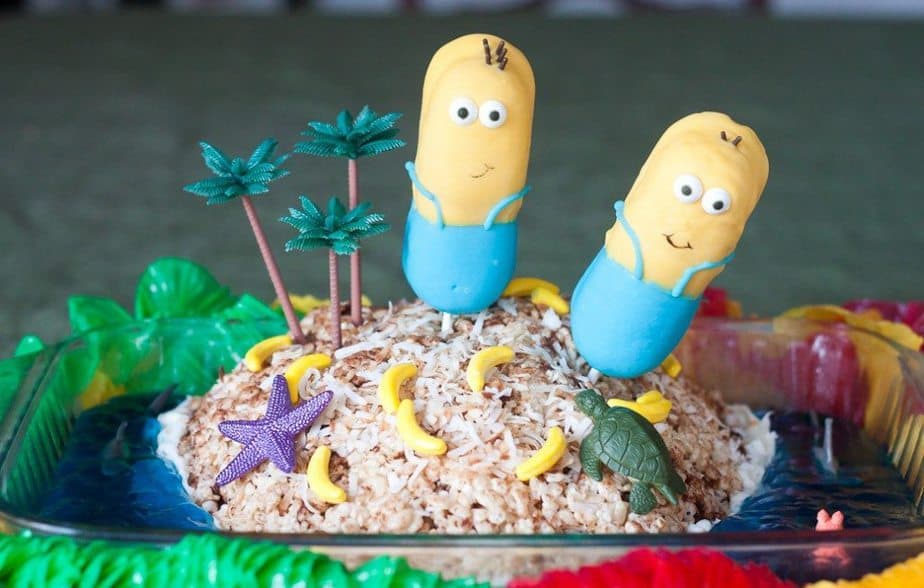 So, there ya go. I’m sure there will be a ton of fabulous entries and I can’t wait to see them all, but here’s hoping at the end of the week I’ll be the owner of a new blue KitchenAid mixer!

*Update – I won the mixer! Twinkie minion party to celebrate!

For the Twinkie Minions

For the Macaroon Rice Krispy Treats

For the Twinkie Minions

For the Macaroon Rice Krispy Treats

To make the water, shape the treats into a large mound in the back/middle of the pan. Frost the treats that will be covered by "water" with vanilla frosting. Boil 2 1/2 cups of water and pour it over 4 (3 oz) boxes Berry Blue Jello and stir for 3 minutes. Refrigerate for 45-60 minutes, until just starting to set. Pour into the pan and return to refrigerator for another 2 hours for the Jello to set completely.br]
Macaroon Krispie Treats adapted from Cookies & Cups' [Basic Krispie Treatsbr]
Twinkie Minions adapted from Confessions of A Cookbook Queen's [Mummy Twinkie Pops

hi, can u tell me where u got the bananas etc from

Hi Nida, I got the bananas at a grocery store. They were from a package of Runts candy! The palm trees and plastic sharks were from Michael's. I hope that helps!

Get Creative -- Recipe Contest Winners!! - Confessions of a Cookbook Queen

[…] Twinkie Minions and Macaroon Krispie Treats by So Very Blessed […]

I'm so impressed! Creative and oh so adorable! I can not for the life of me get candy melts to cooperate. Such a fun idea!

Thanks, JJ! Don't feel bad. Candy melts and I don't get along well either. These worked a lot better than I was expecting them to, but I have tried making pretty cake pops about 70 billion times and each time they have resulted in lumpy, drippy, hideous (though still tasty) messes. 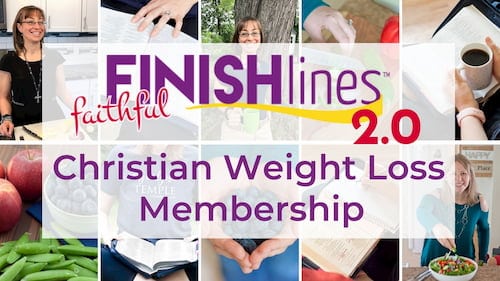